It’s so strange how movie stars seem free of time, and people who were born generations before us are young and vital and alive forever, and we can develop terrific and utterly ludicrous crushes on them. For me it’s Ava Gardner and Marlene Dietrich , and Miriam Hopkins. I have adored Miriam Hopkins ever since I saw her in the 1930’s Dr Jekyl and Mr Hyde. That’s the best version of the story, Frederic March is brilliant and terrifying and Miriam Hopkins is sensational as the dance hall girl, in bed and nude and gloriously Pre-Code. You could get away with that in 1931. She seemed designed for those times, she was gorgeous and sexy, hot tempered and stubborn, she was willful and intellectual and independent. She loathed the Hollywood scene and instead hung out in high level literary circles with the likes of Tennessee Williams, Theodore Dreiser, William Faulkner, Dorothy Parker, and William Saroyan among many, bedding several.. Nuts about writers, she was.  And they her. Who could resist her brains and beauty and languid South Carolina drawl? Who could resist a movie star who didn’t like movie star? A southerner who broke all the rules of the old South, down to bedding who she liked and actively loathing segregation?  Her’s was a long career doing apparently what she wanted to do and not worrying much about the competition. Perhaps she didn’t give a damn what people thought, period.  She certainly swung that naked leg with willful abandon in Dr. Jeckyl and Mr Hyde. Funny how a shapely gam back then could be a feminist statement. Nobody could tell Miriam Hopkins how to behave. 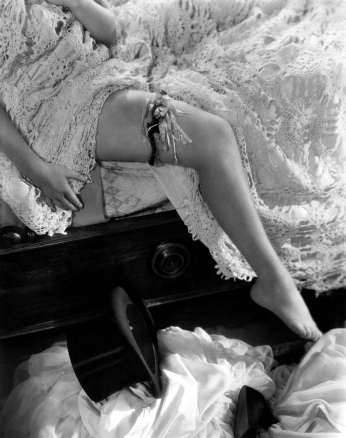